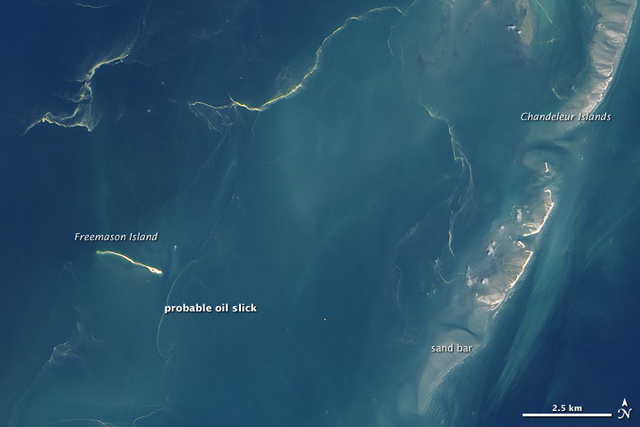 The Chandeleur Islands are low, sandy barrier islands that are constantly being reshaped by storms, wind, and waves. Together with the Breton Islands to their south, they form the Breton National Wildlife Refuge. A variety of seabirds and shorebirds inhabit the islands, including the endangered brown pelican, least tern, and piping plover. Thousands of brown pelicans and other shorebirds are currently nesting on the islands, and sea turtle nesting season is approaching, says the U.S. Fish and Wildlife Service.